When Vonage sent me over this infographic of the anatomy of a freelancer, I had to share it with you. Did you know that there are 4.6million self-employed people in the UK as of January 2014? We’re contributing a massive £202bn to the economy every year. It’s also good news for us ladies – we’re leading the huge boom in freelancing, with the number of female freelancers increasing by 12% between 2011 and 2013 (compared to only a 5% increase for men.)

Freelancing could be a financially savvy move too. In fact, the average freelance annual income (£50,258) is almost double that of an employed person (£26,000)

Have a read below of some of the other facts and figures about freelancing, including which sectors are the best paid for freelancers and what skills are in demand.

(Click on the image to see a big version of this) 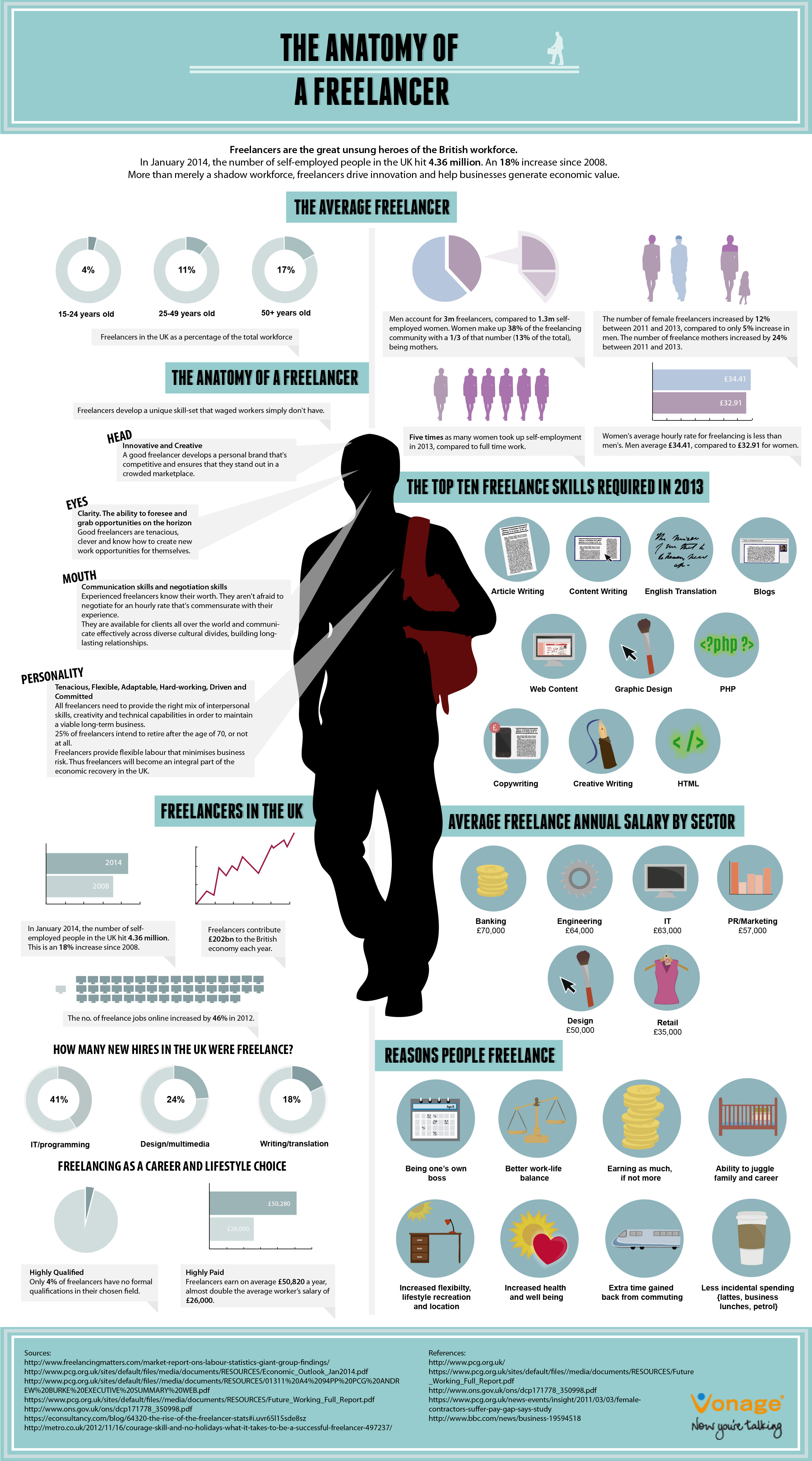